The farmhouse Ramello is an agricultural estate located in the heart of the Magadino Plain Park, in the southern part of Switzerland (Canton Tessin) only a hundred kilometers from Milan Malpensa Airport.

The history of the Magadino Plain and the one of this farm are closely related. 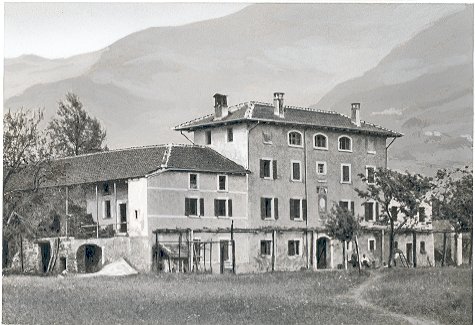 The colonial house was built at the end of the 18th century and represents one of the oldest buildings on the Magadino Plain.

In the 19th century, the estate belonged to a wealthy family who built the two side wings to form the Lombard court. Until the beginning of the 20th century, a large part of the Magadino Plain was regularly flooded by the Ticino river and there were frequent cases of malaria among the resident population.

In 1918, COOP (today, one of large-scale retail swiss leaders) bought the farm with the aim of producing, processing and distributing agricultural products, mainly because during the First World War, Switzerland experienced a great famine. 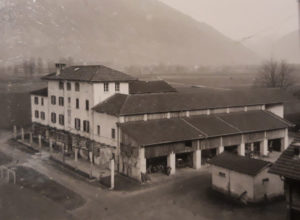 In 1951, Albert Feitknecht senior began his 36-year career as a Ramello manager employed by COOP, belonging to the small group of pioneering hybrid maize seed producers in Switzerland. Under his leadership, Ramello became an efficient and profitable farm, based on the production of seeds (corn and wheat), on the production of milk with 50 cows and on the raising of piglets with 60-70 sows.

The great changes in Swiss agricultural policy led COOP in 1987 to rent Ramello to Ulrico and Rosa, son and daughter-in-law of Albert Feitknecht, who returned from an international experience of 8 years (Latin America, United States, Zimbabwe and Spain) to manage the farm.

Ten years later, COOP decided to sell the farm, so that Ulrico and Rosa were able to fulfill the dream of 4 generations of owning the land on which they worked.

In the last quarter-century, many changes occurred in Ramello. In 1991, a new pig farm was built, allowing the family Feitknecht to commercialize piglets in the “Premium” segment (a system that is particularly respectful on the needs of the animal and nature). Milk production enhanced more than double in the last 25 years and new crops (as rice, potatoes, malt, barley, soybeans and lupins) were introduced in the production. Since 1990, we have been working with the minimum tillage system (soil conservation) on different crops.

During 2006 and 2007, Ramello milked with the voluntary milking system (robot), but for different reasons the system did not meet the expectations.

In 2010, together with two other partners, Ulrico and Rosa built the first agricultural biogas plant in the Canton Tessin, optimizing the management of farm fertilizers and reducing costs and quantities of mineral fertilizers.

In 2015, Adrian, last son of Ulrico and Rosa, took over the farm and in 2017 turned the farmhouse into an organic farm, BIO-SUISSE. 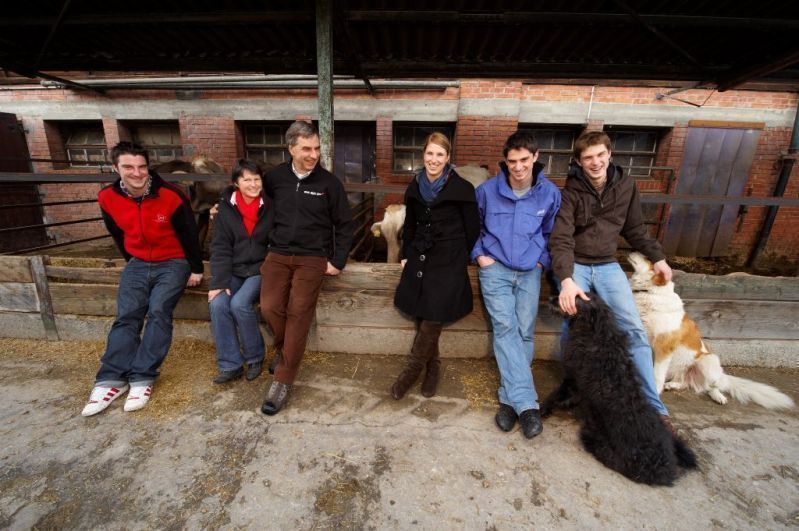 Adrian has 2 brothers and a sister, all active in the agricultural sector. Born in Zimbabwe in 1982, Thomas works for Swissgenetics and deals with the export of Swiss bovine genetics. Michael, also born in Zimbabwe in 1983 and MSc in agronomy from ETH Zurich, is Head of plant production department at Fenaco and member of the executive board. Ana Cristina, born in 1985 in Spain and also MSc in agronomy from ETH Zurich, manages with her family an organic farm specialized in milk production in Canton Argovia.

Since January 2019 Adrian manages the farm together with Olaya and in 2020 they got married. Adrian and Olaya are currently expecting a baby by early 2021. For more information, visit About us