We and our philosophy 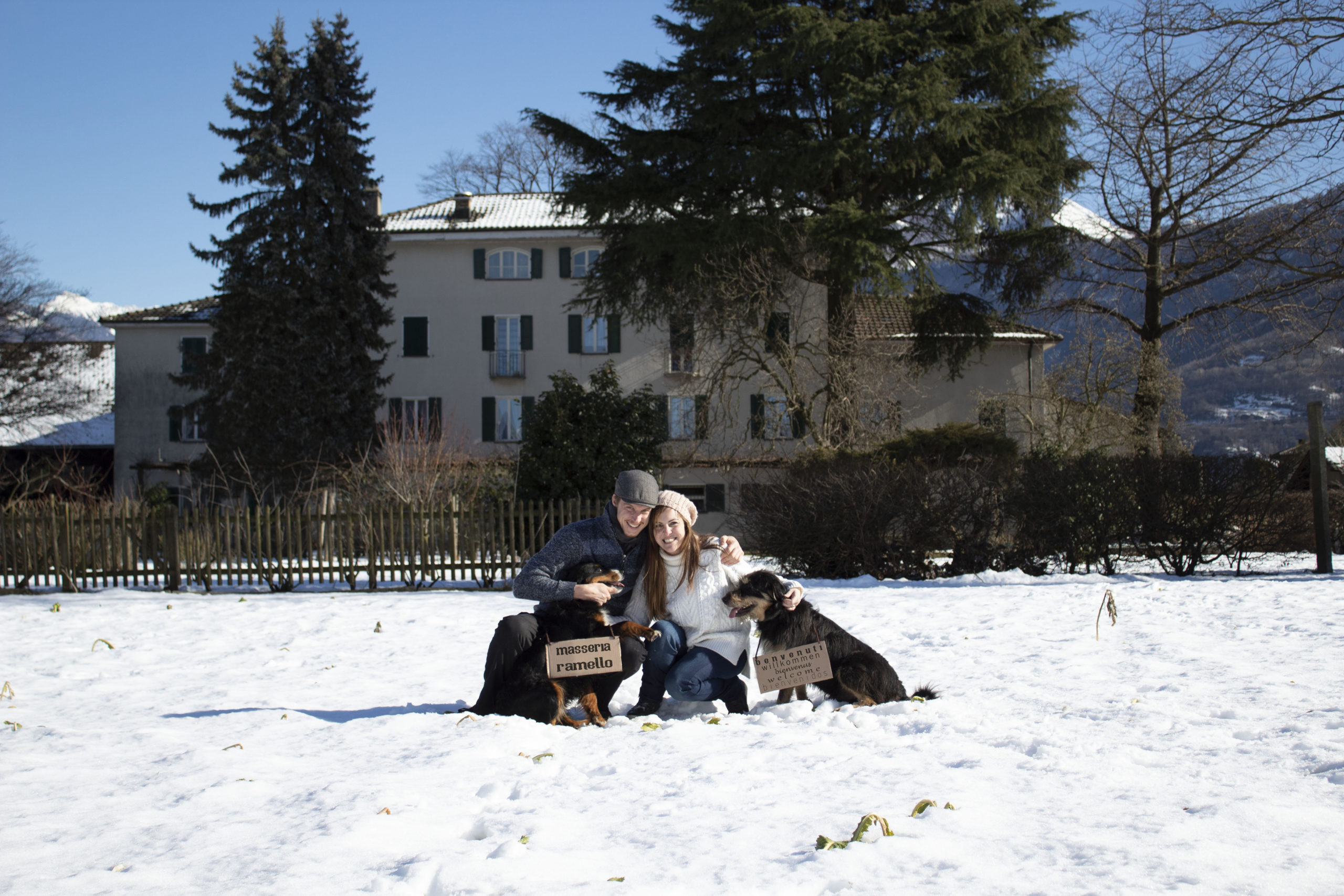 Masseria Ramello is not just a farm, it is a lifestyle and we are proud of being able to carry it on for generations. Our production is a sustainable and organic production that always finds the balance with nature. For us, people also matter. Our collaborators are a fundamental pillar for our company, thanks to them we can say that Masseria Ramello is one of the most beautiful farms in the south of the Swiss Alps. 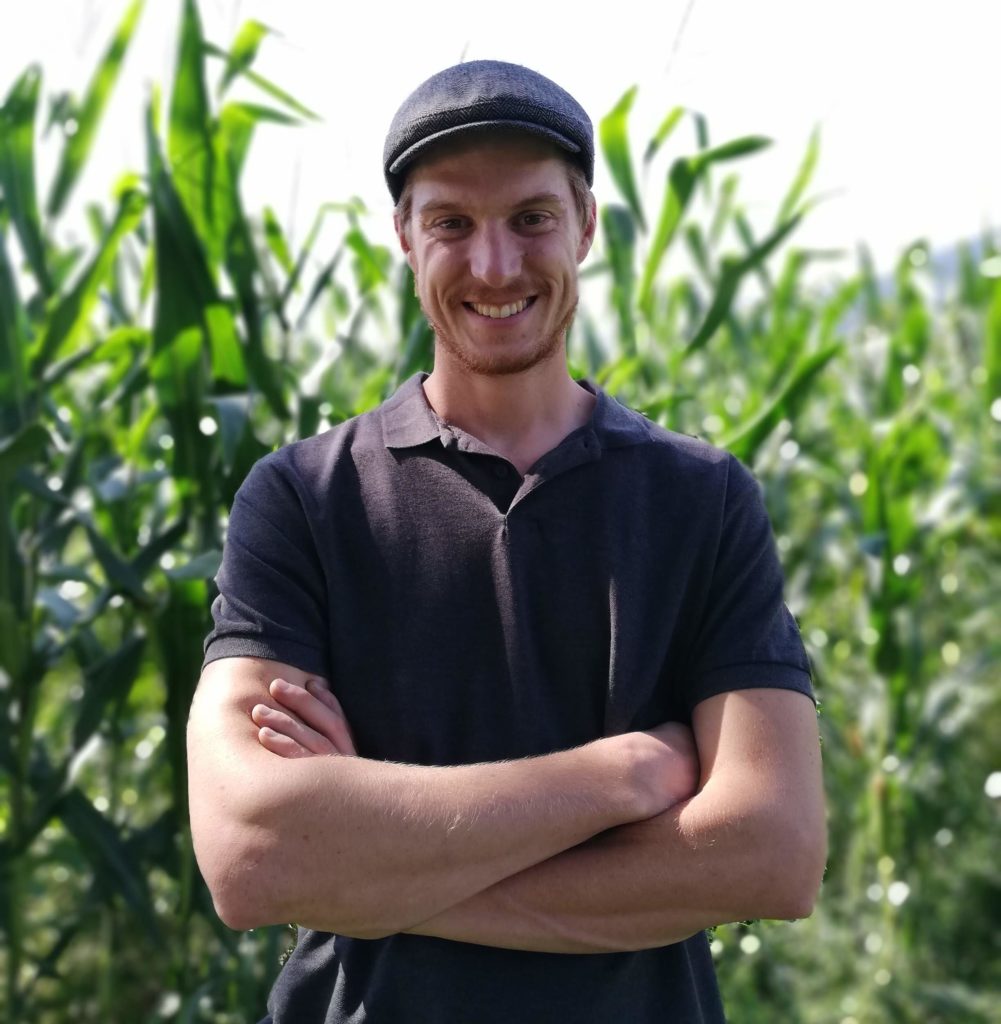 Forth and last son of Ulrico and Rosa Feitknecht, Adrian was born in Bellinzona (CH) in 1988. An italian-german native speaker, he has lived his entire life in Masseria Ramello. His dream has always been to be able to manage the farm where his whole family has worked for decades.

At 16, he went to Australia to learn english, living on a farm for 3 months. After graduating from high school in Bellinzona, he worked a year in a farm from the French-speaking part of Switzerland. Then, he studied at the University of Applied Sciences in Bern (BFH in german) and he graduated in 2013 as a Bachelor of Science BFH in Agronomy specializing in Botany. During his studies, he partecipated in the Erasmus program, attending a semester in the University of Cordoba (Spain) and learning spanish.

In 2013 he started running the farm together with his parents, his sister Ana Cristina and his brother Thomas. From 2015, he became the owner of Masseria Ramello and in 2017 he transformed it into an organic farm, making significant changes inside the farm: a new barn for the cows, an extension of the pigsty and some changes in the crop system.

In 2018, he founded with Manuel Bolliger a company called FairBol Sagl and in 2020 they built a malting plant for the farm’s barley. 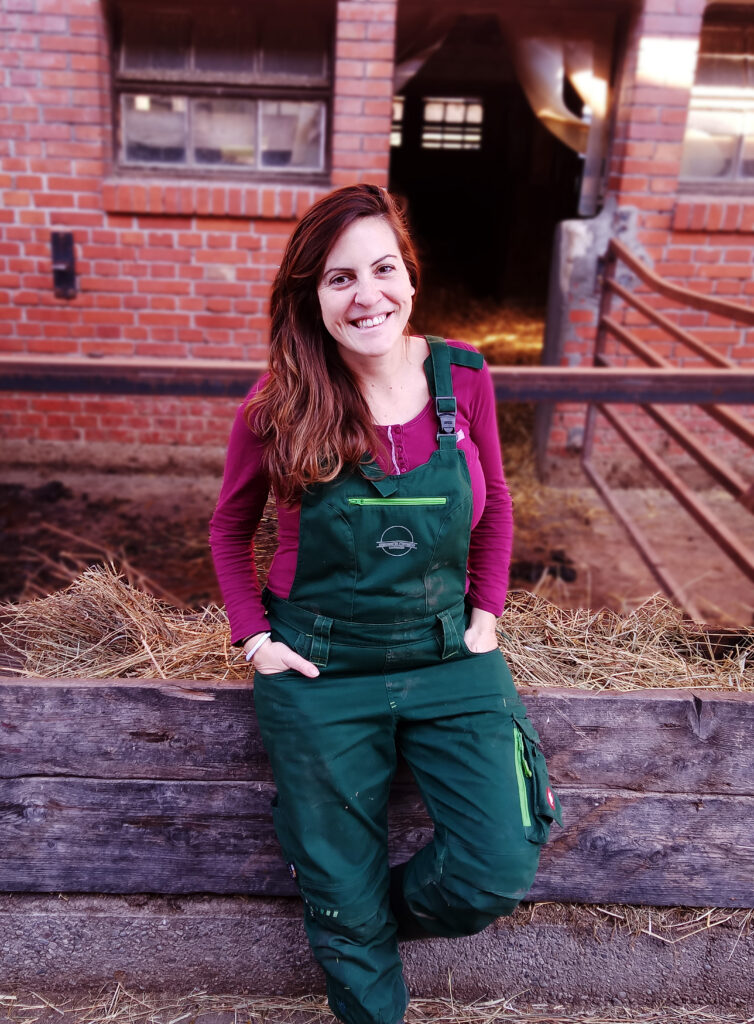 She graduated in Architecture from the University of Alicante (EPS-UA in Spanish) in 2014. During her studies, she participated in the Erasmus program, attending a year in Master of Architecture at the Beuth Hochschule für Technik in Berlin. She has attended several courses of landscape and gardening architecture.

In 2015 she came to Switzerland to work in an architecture studio in Locarno, where she worked until december 2018.

In 2019, she obtained the Cantonal Agritourism diploma and started working as the agritourism manager in Masseria Ramello. Olaya is responsible for the maintenance of the house and the gardens, the reception of guests and the organization of events and school visits to the farm.